Anxious People tells the story of a bank robbery gone awry—the robber flees the bank and ends up taking nine people at an apartment viewing hostage. However, the robber’s reason for trying to rob a bank isn’t selfish or attention seeking. Rather, the robber is in the middle of a nasty divorce and has fallen on hard times, and she fears that if she doesn’t come up with enough money to pay her rent, a lawyer is going to take her two young daughters away from her. Anxious People explores parenthood from a variety of different ages and life stages, but it overwhelmingly presents being a parent as simultaneously the most terrifying thing a person can do—as well as the most fulfilling. The bank robber, for instance, just wants to do what’s right for her daughters, which leads to her questionable decision to rob a bank. Ro and Julia, two hostages who are married and expecting a baby soon, are already terrified of parenthood: Ro tells the robber and Roger, a retiree, that she already finds updating her phone too taxing, and children require a lot more attention and can get into far more danger than her phone can. The narrator also describes the heartbreak that parents experience as their children grow up, begin rejecting their parents’ affection for them, or make choices their parents don’t approve of or understand. Anna-Lena laments that her and Roger’s two adult children don’t want to have kids of their own, and she’s certain this reflects poorly on her and Roger’s parenting. Being a parent, the novel repeatedly shows, is a heartbreaking job, and one that naturally comes with feeling afraid that one is never doing enough—or doing anything correctly. And this continues well after one’s children are grown.

And yet, the novel offers glimpses into the parent-child relationship that suggest that against that backdrop of fear, parenthood is extremely fulfilling. Anna-Lena tells Julia that Roger would feel important again if only he could be a grandfather, and to illustrate her point, she asks if Julia has ever held a preschooler’s hand. Anna-Lena says, “You’re never more important than you are then.” And though the bank robber herself never intended to become a parent due to having grown up with an alcoholic mother, she nevertheless lives for every moment she gets to spend with her daughters. Indeed, spending time with her daughters is so vitally important to the robber that it ultimately leads her to attempt to rob a bank. And this, Anxious People suggests, is the true power of being a parent: it may be frightening, but within the world of the novel, it’s worth doing almost anything to continue to be there for one’s children. 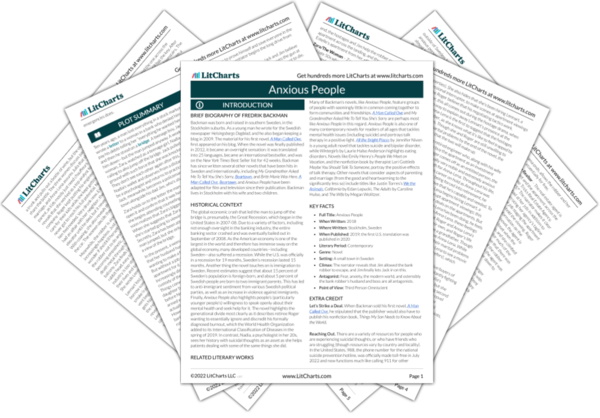 Below you will find the important quotes in Anxious People related to the theme of Parenting and Fear.
Chapter 1  Quotes

Sometimes it hurts, it really hurts, for no other reason than the fact that our skin doesn’t feel like it’s ours. Sometimes we panic, because the bills need paying and we have to be grown-up and we don’t know how, because it’s so horribly, desperately easy to fail at being grown-up.

Because everyone loves someone, and anyone who loves someone has had those desperate nights where we lie awake trying to figure out how we can afford to carry on being human beings. Sometimes that makes us do things that seem ridiculous in hindsight, but which felt like the only way out at the time.

One single really bad idea. That’s all it takes.

Because you’d never rob a bank, so you haven’t got anything in common with this bank robber.

Related Characters: The Bank Robber, The Monkey and the Frog/The Robber’s Daughters
Page Number and Citation: 53
Explanation and Analysis:

“Grandchildren would make him feel important?”

“Have you ever held a three-year-old by the hand on the way home from preschool?”

“You’re never more important than you are then.”

Unlock with LitCharts A+
Chapter 58 Quotes

“They fled across the mountains, in the middle of winter, and the children each had to carry a sheet, and if they heard the sound of helicopters they were supposed to lie down in the snow with the sheet over them, so they couldn’t be seen. And their parents would run in different directions, so that if the men in the helicopter started firing, they’d fire at the moving targets. And not at…and I didn’t know what to…”

[…] [Ro’s] parents had taught her during their flight through the mountains that humor is the soul’s last line of defense, and as long as we’re laughing we’re alive, so bad puns and fart jokes were their way of expressing their defiance against despair.

Because it wasn’t Lennart who opened the door when Jim showed up with the pizzas. It was the bank robber, the real bank robber. Both Roger and Lennart had insisted on being allowed to wear the ski mask, but after a long pause she had said no. She had looked at them, her voice gentle with appreciation, and then given them a determined nod.

“Obviously I can’t set a good example to my daughters and teach them not to do idiotic things now. But I might at least be able to show them how you take responsibility for your actions.”

“Sometimes I think that when you live together for a very long time, and have children together, life is a bit like climbing trees. Up and down, up and down, you try to cope with everything, be good, you climb and climb and climb, and you hardly ever see each other along the way. You don’t notice that when you’re young, but everything changes when you have children, and sometimes it feels like you hardly ever see the person you married anymore. You’re parents and teammates, first and foremost, and being married slips down the list of priorities. But you…well, you keep climbing trees, and see each other along the way.”

Unlock with LitCharts A+
Chapter 67 Quotes 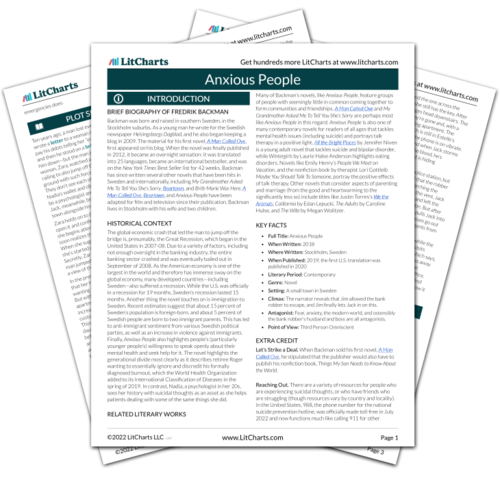 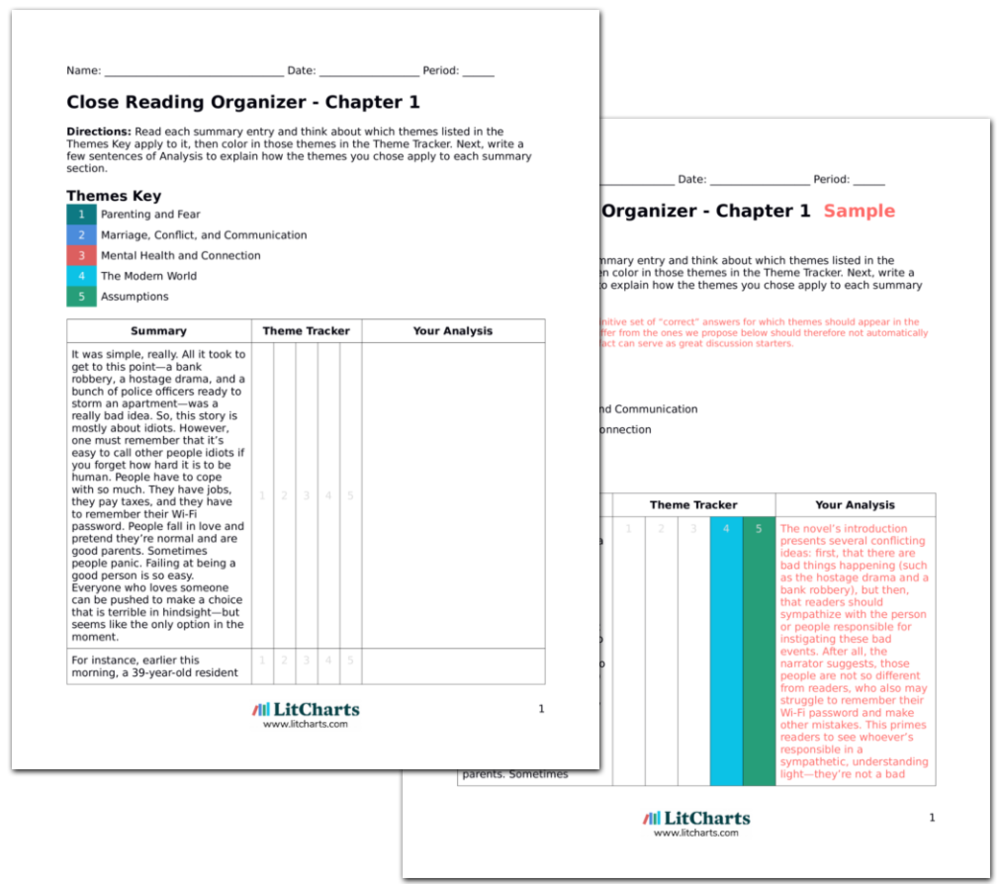