Download this LitChart! (PDF)
Teachers and parents! Struggling with distance learning? Our Teacher Edition on Mexican Gothic can help.

Welcome to the LitCharts study guide on Silvia Moreno-Garcia's Mexican Gothic. Created by the original team behind SparkNotes, LitCharts are the world's best literature guides.

A concise biography of Silvia Moreno-Garcia plus historical and literary context for Mexican Gothic.

A quick-reference summary: Mexican Gothic on a single page.

In-depth summary and analysis of every chapter of Mexican Gothic. Visual theme-tracking, too.

Explanations of Mexican Gothic's symbols, and tracking of where they appear.

An interactive data visualization of Mexican Gothic's plot and themes.

Silvia Moreno-Garcia was born and raised in Mexico, where both her parents worked for radio stations. Her family moved to Canada in 2004, where she later attended the University of British Columbia. She began her career by publishing short fiction in various magazines, and her debut novel, Signal to Noise, was published by Solaris Books in 2015. Her novel Mexican Gothic was published to critical acclaim in 2020, earning nominations for the Bram Stoker Award and the World Fantasy Award, and winning the August Derleth Award for Best Horror Novel.
Get the entire Mexican Gothic LitChart as a printable PDF.
"My students can't get enough of your charts and their results have gone through the roof." -Graham S.
Download 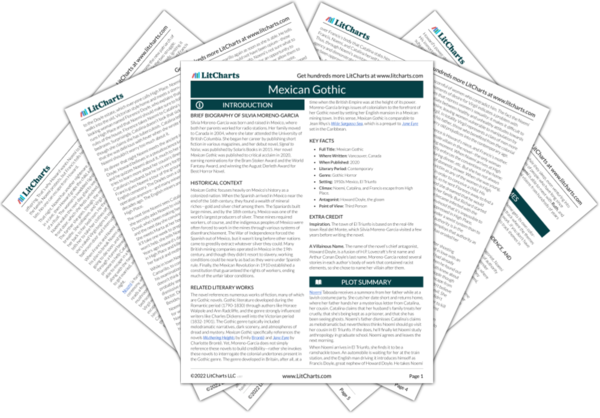 Mexican Gothic focuses heavily on Mexico’s history as a colonized nation. When the Spanish arrived in Mexico near the end of the 16th century, they found a wealth of mineral riches—gold and silver chief among them. The Spaniards built large mines, and by the 18th century, Mexico was one of the world’s largest producers of silver. These mines required workers, of course, and the indigenous peoples of Mexico were often forced to work in the mines through various systems of disenfranchisement. The War of Independence forced the Spanish out of Mexico, but it wasn’t long before other nations came to greedily extract whatever silver they could. Many British mining companies operated in Mexico in the 19th century, and though they didn’t resort to slavery, working conditions could be nearly as bad as they were under Spanish rule. Finally, the Mexican Revolution in 1910 established a constitution that guaranteed the rights of workers, ending much of the unfair labor conditions.

Other Books Related to Mexican Gothic

The novel references numerous works of fiction, many of which are Gothic novels. Gothic literature developed during the Romantic period (1790-1830) through authors like Horace Walpole and Ann Radcliffe, and the genre strongly influenced writers like Charles Dickens well into the Victorian period (1832-1901). The Gothic genre typically included melodramatic narratives, dark scenery, and atmospheres of dread and mystery. Mexican Gothic specifically references the novels Wuthering Heights by Emily Brontë and Jane Eyre by Charlotte Brontë. Yet, Moreno-Garcia does not simply reference these novels to build credibility—rather she invokes these novels to interrogate the colonial undertones present in the Gothic genre. The genre developed in Britain, after all, at a time when the British Empire was at the height of its power. Moreno-Garcia brings issues of colonialism to the forefront of her Gothic novel by setting her English mansion in a Mexican mining town. In this sense, Mexican Gothic is comparable to Jean Rhys’s Wide Sargasso Sea, which is a prequel to Jane Eyre set in the Caribbean.
Key Facts about Mexican Gothic

Inspiration. The town of El Triunfo is based on the real-life town Real del Monte, which Silvia Moreno-Garcia visited a few years before writing the novel.

A Villainous Name. The name of the novel’s chief antagonist, Howard Doyle, is a fusion of H.P. Lovecraft’s first name and Arthur Conan Doyle’s last name. Moreno-Garcia noted several stories in each author’s body of work that contained racist elements, so she chose to name her villain after them. 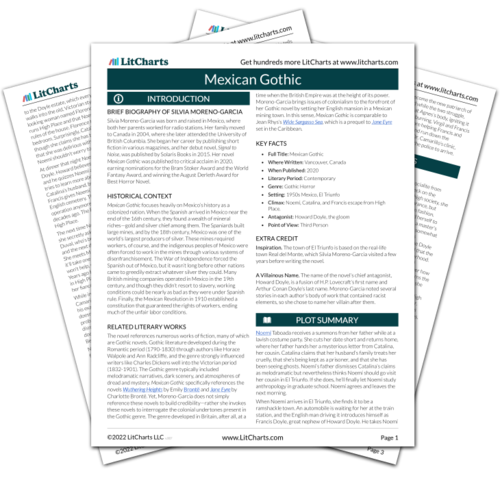 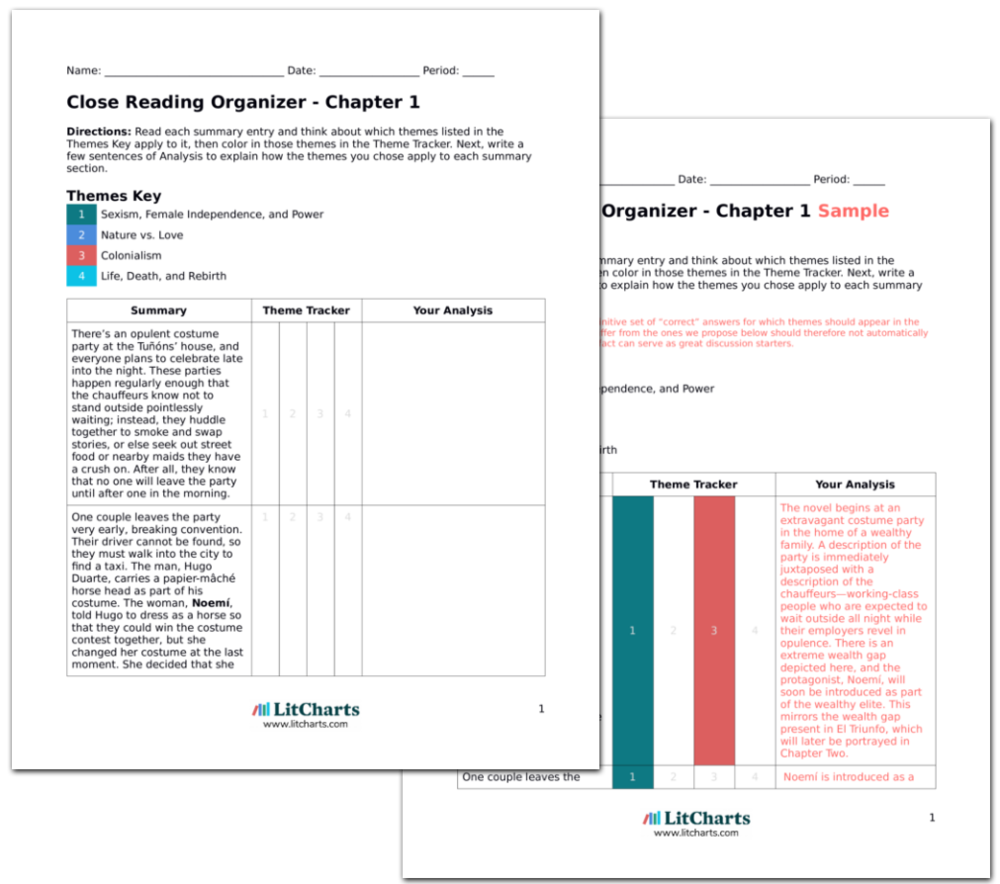