What is a kenning? Here’s a quick and simple definition:

A kenning is a figure of speech in which two words are combined in order to form a poetic expression that refers to a person or a thing. For example, "whale-road" is a kenning for the sea. Kennings are most commonly found in Old Norse and Old English poetry.

Some additional key details about kennings:

How to Pronounce Kenning

Here's how to pronounce kenning: ken-ing

Kennings are found most commonly in Old English and Norse poetry. They typically consist of two nouns that are joined by a hyphen, forming a compound that stands in for another noun, known as the "referent." The two words that make up a kenning are called the "base word" and the "determinant":

So in the kenning "whale-road," the noun "road" is the base-word, since it stands-in for the referent (the sea). The similarity they share is that both are expanses that offer a means of travel. The noun "whale" is the determinant, because it modifies the noun "road" by describing the type of road: in this case, a road for whales.

While kennings are most common and noticeable in Old English and Norse poetry, there are some modern phrases or idioms that fit the general kenning form. For instance, take these two examples:

An epithet is a descriptive phrase that is used to characterize a person or thing, and (like kennings) it can often be used in place of or alongside the thing being described. However, kennings and epithets are not the same. For example, in The Odyssey, the goddess Athena is frequently referred to as "grey-eyed Athena." In this case, "grey-eyed" is an epithet for Athena. Similarly, water might be referred to using the epithet "bane of fire." Note the two ways in which these, and all, epithets are unlike kennings:

As mentioned earlier, kennings are prevalent in Old English and Norse poetry, and much less prevalent anywhere else. The examples below are all from different Old English poems.

Kennings are used prolifically throughout Beowulf, one of the oldest surviving works of literature in Old English. In this passage, the compound phrase "battle-sweat" is used as a kenning for blood.

...bright blade, when the blood gushed o’er it,
battle-sweat hot; but the hilt I brought back
from my foes.

And here, "sea-cloth" is used to refer to a sail.

A sea-cloth was set, a sail with ropes,
firm to the mast; the flood-timbers moaned;

Kennings in "The Seafarer"

Another Old English poem, "The Seafarer" makes use of kennings like "whale's path" and "whale-road" to describe the sea.

And now my spirit twists
out of my breast,
my spirit
out in the waterways,
over the whale's path
it soars widely
through all the corners of the world

Kennings in "The Phoenix"

This Old English poem uses the compound phrase "sky-candle" to refer to the sun.

The bright sky-candle shines from the south,
Bringing warmth and light to middle-earth...

Why Do Writers Use Kennings?

At the center of every kenning is a simile: the sea is like a road for whales; the sun is like a candle in the sky. So in many ways, people use kennings to breathe new life into the subjects of their poetry using words that are not synonyms for the thing being described, but that share certain essential characteristics with it. In this sense, kennings help to describe things poetically by using metaphorical or figurative language that can change the way readers see or think about the thing being described. Additionally, it's important to note that kennings are not nearly as common in modern English literature as they were in Old English and Old Norse literature, when they were an essential part of what it meant to write poetry. The same kennings were often used repeatedly by different writers in Old English, so the use of kennings in writing was also simply a way of participating in the poetic style and convention of the time. 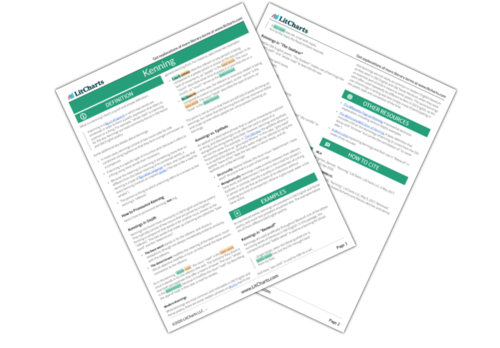