What is a cinquain? Here’s a quick and simple definition:

The word cinquain can refer to two different things. Historically, it referred to any stanza of five lines written in any type of verse. More recently, cinquain has come to refer to particular types of five-line poems that have precisely defined features, such as their meter or the number of syllables they contain in each line. The most common of these specific types of cinquains is the American cinquain.

Some additional key details about cinquains:

Here's how to pronounce cinquain: sin-kane

Five-line stanzas are particularly common in formal verse—verse that has both a strict meter and rhyme scheme. They appear in many different languages, and are used for different purposes. Examples can be found dating back to medieval French poetry. Here are some key details about cinquain's most common appearances in formal verse:

In the early twentieth century the American poet Adelaide Crapsey, inspired by the five-line Japanese poetic form of tanka, began to write five-line poems that followed a distinct form. This poetic form soon came to be known as an American cinquain (though it's also sometimes referred to as a Crapseian cinquain, after its creator).

The American cinquain is an unrhymed, five-line poetic form defined by the number of syllables in each line—the first line has two syllables, the second has four, the third six, the fourth eight, and the fifth two (2-4-6-8-2). They are typically written using iambs. Adelaide Crapsey's "November Night" is a good example:

Listen...
With faint dry sound,
Like steps of passing ghosts,
The leaves, frost-crisp'd, break from the trees
And fall.

Some scholars define the line length of American cinquains by counting iambs or stressed syllables, rather than by counting total syllables. By this sort of counting, the proper line length of an American cinquain would be 1-2-3-4-1, since it would contain one iamb in the first line, two in the second line, and so on. The right way to count the line length is ultimately a matter of interpretation, though, since Crapsey never specified the rules of the form she invented.

American cinquains have inspired a number of variations, which are most often written by amateur poets.

The didactic cinquain is a simplification of the American cinquain. This variation is used primarily in classrooms for teaching poetry to children. Didactic cinquains dictate both the number of words per line and the types of words used in each line.

Examples of Cinquains as Any Five-Line Stanza

The examples below show the vast variety of poems written using five-line stanzas.

Donne's "Hymn to God, My God, In My Sickness"

This example of a cinquain written in formal verse is from a poem by the 17th century poet John Donne. In this poem, Donne uses iambic pentameter and an ABABB rhyme scheme.

We think that Paradise and Calvary,
Christ's cross and Adam's tree, stood in one place ;
Look, Lord, and find both Adams met in me ;
As the first Adam's sweat surrounds my face,
May the last Adam's blood my soul embrace.

Lear's "There was an Old Man in a boat"

The poet Edward Lear is famous for his limericks—short, humorous poems consisting of five lines that usually describe an eccentric figure experiencing misfortune. This limerick is a well-known classic that follows the formula.

This is the first stanza of a poem by Edgar Alan Poe that is written in cinquains and follows the rhyme scheme ABABB. The first four lines of this stanza are in iambic tetrameter, (four iambs per line) while the fifth is iambic trimeter (three iambs per line).

Helen, thy beauty is to me
Like those Nicean barks of yore,
That gently, o’er a perfumed sea,
The weary, way-worn wanderer bore
To his own native shore.

A Tanka by Hiroko Seki's

Here is an example of the traditional Japanese five-line poem known as tanka, a form which inspired Adelaide Crapsley to create the American cinquain. Each of the lines of a tanka has a prescribed number of syllables following the typical pattern of 5-7-5-7-7 (so that the first line has five syllables, the second has seven, and so forth). This particular tanka was written by the Japanese poet Hiroko Seki:

In castle ruins
the tappings of a hand-drum
so clearly echo,
that in Komachi's dancing
even the moon seemed to smile.

Adelaide Crapsey invented the American cinquain, which in modern times is often referred to simply as a cinquain. It is a non-rhyming, five-line poem with two syllables in the first line, four in the second, six in the third, eight in the fourth, and two in the fifth. Her poem "Triad" adheres to this form. The meter is iambic—each line is organized by two-syllable groupings, an unstressed syllable followed by a stressed one (be-fore).

These be
Three silent things:
The falling snow. . the hour
Before the dawn. . the mouth of one
Just dead.

This is an example of a didactic cinquain, a variation on the American cinquain in which line length is determined by the number of words in each line, instead of the number of syllables. The Didactic cinquain follows the pattern 1-2-3-4-1 (so that the first line has one word, the second has two, and so forth).

This example follows the standard formula for this form, in which the first and last lines are related nouns, the second line is made up of adjectives describing the noun in the first line, the third line has an action, and the fourth line contains a longer description.

Why Do Writers Choose to Write Cinquains?

Adelaide Crapsey invented the American cinquain because she was inspired by traditional forms of Japanese poetry (such as the tanka) and she wanted to work within the restrictions that their strict metrical conventions imposed on poetic expression. The result is a form of poetry that is short, meditative, imagistic, and above all delicate—a quality regarded as beautiful in and of itself.

The limerick, by contrast, could hardly be more different than the tanka or American cinquain, exemplifying how varied the uses of the cinquain can be. Limericks lack all the eloquence and gravity of American cinquains. Instead, limericks are intended to be recited as jokes, and their less-strict meter enables writers to use the form to weave short narratives.

Ultimately, the vast differences between different sorts of five-line poems shows that the style of a poem is influenced more by the meter than by than the number of lines. 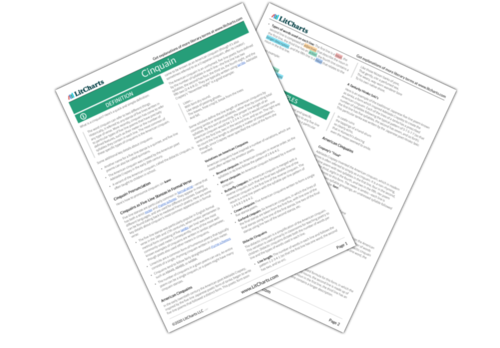