What is aporia? Here’s a quick and simple definition:

Aporia is a rhetorical device in which a speaker expresses uncertainty or doubt—often pretended uncertainty or doubt—about something, usually as a way of proving a point. An example of aporia is the famous Elizabeth Barrett Browning poem which begins, "How do I love thee? Let me count the ways." Browning's pretense that she might not remember all "the ways" is what gives her an opportunity to enumerate them.

Some additional key details about aporia:

How to Pronounce Aporia

Here's how to pronounce aporia: uh-pore-ee-uh

The expression of doubt in aporia may be sincere, or it may be feigned for the purpose of making a point. Below we cover both types of aporia.

Aporia in the form of pretended doubt (as opposed to sincere doubt) appears frequently in literature, philosophy, and political rhetoric. In such cases, the speaker pretends to be in doubt as a tactic so that they can then:

Whether or not a writer answers their own questions, aporia in the form of pretended doubt is often used to gradually build a argument, as well as to encourage the reader to re-examine faulty assumptions that they might currently hold.

Classical philosophers like Socrates and Aristotle used this form of aporia to build philosophical arguments. For example, in the works of Plato, such as The Republic, Socrates often makes his point without ever having to actually argue it, simply by asking someone else a series of questions, slowly leading them to reassess their own opinions until they ultimately arrive at a new opinion. This tactic of teaching philosophy or analysis by asking questions is known as the Socratic Method, and teachers and professors today still use it to lead class discussions. The Socratic Method is a specific type of aporia.

Another form of aporia occurs when a writer or character expresses a genuine sense of doubt or uncertainty. In these instances you can think about aporia as a way of "thinking out loud," since the speaker is sharing their thought process with their audience. A writer might have a character express uncertainty or doubt for a variety of reasons.

Aporia as a Philosophical Term

In addition to describing genuine and feigned expressions of doubt, the word "aporia" is also used in a very different sense in the world of philosophy. As a philosophical term, aporia is used to describe a contradiction, paradox, or logical impasse in a text. Oscar Wilde's paradoxical quip, "I can resist anything but temptation," is an example of this philosophical definition of aporia.

More broadly, a piece of philosophical writing based on a faulty premise might end "in a state of aporia"—where the writer cannot bring their argument to a logical conclusion because they have reached a logical impasse.

Aporia appears in political speeches both ancient and modern, as well as many different types of literature. Below are a few examples of each.

Examples of Aporia in Political Speeches

Aporia in "On the Crown" by Demosthenes

In part of this speech, delivered in 330 BCE, ancient Athenian politician and orator Demosthenes uses aporia as he attacks the family, social status, and personal character of his opponent, Aeschines:

What have you or yours to do with virtue? How should you discern what is noble and what is not? Where and how did you get your qualification to do so? [...] Shall I tell first how your father Tromes was a slave in the house of Elpias, who kept an elementary school near the temple of Theseus, and how he wore shackles and a wooden halter? Or how your mother, by celebrating her daylight nuptials in her hut near the shrine of the Hero of the Lancet, was enabled to rear you, her beautiful statue, the prince of third-rate actors? But these things are known to all without my telling them.

Demosthenes is certain that Aeschines is not a virtuous man, but rather than stating this outright, he expresses his disdain using rhetorical questions. When Deomsthenes then attempts to humiliate his opponent by describing Aeschines's parents' low social status, he pretends that he is uncertain which anecdote he should tell first, another example of aporia in the form of pretended doubt.

Aporia in "Ain't I A Woman" by Sojourner Truth

Sojourner Truth, the famous abolitionist and former slave, employed aporia in her well-known "Ain't I A Woman" speech, which she delivered to the Akron Ohio Women's Convention in 1851:

That man over there says that women need to be helped into carriages, and lifted over ditches, and to have the best place everywhere. Nobody ever helps me into carriages, or over mud-puddles, or gives me any best place! And ain't I a woman? Look at me! [...] I have borne thirteen children, and seen most all sold off to slavery, and when I cried out with my mother's grief, none but Jesus heard me! And ain't I a woman?

Truth does not actually doubt her own humanity or womanhood, and so her repeated question, "And ain't I a woman?" is an example of aporia in the form of pretended uncertainty. By asking this rhetorical question, Truth points out the hypocrisy of men who claim to be chivalrous while supporting the inequality of the sexes as well as the institution of slavery.

Aporia in The Merchant of Venice by William Shakespeare

In Act III, Scene I of The Merchant of Venice, Shylock employs aporia in the speech he makes to Salarino, explaining why he is seeking revenge against Antonio, who has humiliated him with antisemitic insults:

...hath not a Jew hands, organs,
dimensions, senses, affections, passions? fed with
the same food, hurt with the same weapons, subject
to the same diseases, healed by the same means,
warmed and cooled by the same winter and summer, as
a Christian is? If you prick us, do we not bleed?
If you tickle us, do we not laugh? If you poison
us, do we not die? And if you wrong us, shall we not
revenge? If we are like you in the rest, we will
resemble you in that.

Here, Shylock is using aporia in the form of pretended doubt (he and Salarino both know that Jews have hands, eat food, bleed, and so on). Through this series of rhetorical questions, Shylock proves that Jews are just as human as Christians, and argues that he is justified in his desire for revenge because it is a natural human reaction to humiliation and mistreatment.

Aporia in "The Lovesong of Alfred J. Prufrock" by T.S. Eliot

Eliot's long poem, "The Lovesong of Alfred J. Prufrock" is written as a series of questions, doubts, and uncertainties. Mid-way through the poem, the speaker asks:

Would it have been worth while,
To have bitten off the matter with a smile,
To have squeezed the universe into a ball
To roll it towards some overwhelming question,
To say: “I am Lazarus, come from the dead,
Come back to tell you all, I shall tell you all”—
If one, settling a pillow by her head
Should say: “That is not what I meant at all;
That is not it, at all.”

Throughout the poem, Prufrock repeats the questions, "Would it have been worth it?" and "Would it have been worth while?" Each time he does so, he seems to express a sincere doubt, making his questions an example of aporia. Though we never learn for certain what the "overwhelming question" is, Prufrock seems to be wondering if he should have asked a love interest whether she loved him in return. Now, it may be too late for him to know. As a result of his fear of rejection, Prufrock finds himself in aporia— uncertain of the woman's feelings and uncertain about whether his inaction was a grave mistake.

Aporia in Candide by Voltaire

In Candide, the title character often makes observations in the form of rhetorical questions.

“But is there not a pleasure,” said Candide “ in criticizing everything, in pointing out faults where others see nothing but beauties?”
“That is to say,” replied Martin, “that there is some pleasure in having no pleasure.”

In this passage, Candide expresses an idea using aporia, and in the very next sentence, Martin paraphrases the same idea in the form of a statement. Candide's words are an example of aporia in the form of a pretended doubt—though he frames his idea as a question, he believes that there is pleasure to be found in criticizing everything.

Aporia in "The Tell-Tale Heart," by Edgar Allan Poe

In the opening lines of "The Tell-Tale Heart" (anthologized in Poe's Stories) the narrator attempts to persuade the reader that he is perfectly sane:

True!—nervous—very, very dreadfully nervous I had been and am; but why will you say that I am mad? The disease had sharpened my senses—not destroyed—not dulled them. Above all was the sense of hearing acute. I heard all things in the heaven and in the earth. I heard many things in hell. How, then, am I mad?

Here, the narrator's questions are an example of aporia in the form of genuine uncertainty—the speaker does not understand why his crime, his nervous manner, and his claims to have heard things in heaven and hell do not suggest that he is perfectly sane.

Aporia in "The Road Not Taken" by Robert Frost

In the closing lines of his poem, "The Road Not Taken," Frost sets up an aporia in the philosophical sense of the word, meaning a logical impasse:

Two roads diverged in a wood, and I—
I took the one less traveled by,
And that has made all the difference.

On the surface, the speaker's conclusion that choosing the less traveled road "made all the difference" seems to encourage readers to less conventional lives. Yet the speaker's conclusion is logically faulty: since he did not take the other road, he has no way of knowing if it really made a difference. Perhaps both roads lead to the same place, or to equally good places. Through this aporia, Frost asks readers to question whether they can ever truly know the impact that their choices have made, and suggests that people tend to assume their past choices were the "right" ones.

Why Do Writers Use Aporia?

Writers use aporia to show or describe uncertainty. Beyond this basic definition, aporia can be used to create different effects. A writer can use aporia to indicate genuine uncertainty and to lead readers through the speaker's own thought process. A writer might also use a character's expression of uncertainty as an opportunity for another character to answer a question or resolve a doubt.

Writers can use aporia in both the forms of real and pretended doubt to voice and then answer questions that the reader might have, either to develop exposition or to construct an argument. Alternatively, writers often use aporia to question assumptions that the reader might have about a key idea or theme. Entire arguments can be constructed in this way through careful expressions of doubt, as in the work of Plato. When writers ask rhetorical questions (an example of aporia as pretended doubt), they are attempting to persuade readers by asking them questions that have implicit or obvious answers, so that that the reader is guided toward the writer's opinion without the writer having to explicitly make any argument at all. 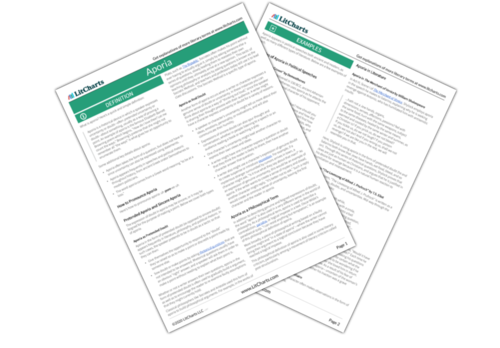