What is antimetabole? Here’s a quick and simple definition:

Some additional key details about antimetabole:

Here's how to pronounce antimetabole: an-tee-met-ab-oh-lee

A Closer Look at Antimetabole

There are a few additional nuances of antimetabole that are helpful to know in order to understand it.

While symmetry is central to antimetabole because of the way it repeats the same phrase in reverse order, exact symmetry is not required for something to count as antimetabole. In fact, in many cases the repeated phrases wouldn't make grammatical sense if they were simply an exact reversal of the original word order. For instance, in this line from Shakespeare's Twelfth Night, an adjective ("witty") turns into a noun ("wit") when repeated, and a noun ("fool") turns into an adjective ("foolish") so that the sentence will make grammatical sense:

Better a witty fool than a foolish wit.

In the expression below, the antimetabole is a perfectly reversed repetition, but the subjects of the two phrases are different (one is about the French, the other about Americans), making the two clauses of the sentence slightly asymmetrical:

The French work to live, whereas Americans live to work.

Antimetabole Can Be Pithy and Powerful, or Trite and Oversimplified

The reason antimetabole is popular in political speeches is the same reason some are skeptical of it. It's useful in reducing a larger argument into a bite-size, catchy phrase, which can be, well, reductive. Take this common expression:

I mean what I say and I say what I mean.

This example takes a statement of integrity and boils it down to a short sentence, but it doesn't really offer any evidence to back up how or why the speaker's words and actions align. Antimetabole can fall flat as empty-sounding claims when the argument's logic isn't further supported or explained.

In addition, because antimetabole is based on a single repetition of a phrase, it can only make, at most, two separate claims. As a result, using antimetabole can result in the exclusion of other possibilities that aren't encompassed by those two claims. This has the potential to create a false dichotomy—a misleading opposition of two ideas that aren't necessarily opposed to each other, leaving out other, more nuanced possibilities. For instance, in the above quote by Sarah Palin about John McCain, she suggests that candidates either "use change to promote their careers," or "use their careers to promote change," as if there can be no overlap or gray area between these two types of behavior. Of course, oftentimes such oversimplification is intended, as speakers may use antimetabole with the intention of making their point persuasive enough to distract from the more complex nature of the subject. Other times, a speaker or writer using antimetabole may not be aware of how they are reducing a complicated topic to something that is overly simplistic.

Antimetabole is easy to confuse with another figure of speech called chiasmus, which also involves repetition in reverse. However, the two differ in key ways:

For instance, in the following line of dialogue from Shakespeare's Othello, the character Iago uses chiasmus when he says:

"Who dotes, yet doubts, suspects, yet strongly loves..."

This is an example of chiasmus because (as in antimetabole) the same concept is repeated in reverse order, but (unlike in antimetabole) different words are used to express the concept when repeated. "Doting" and "loving" are similar but not the same—and the same goes for "doubting" and "suspecting."

Generally, chiasmus allows more complexity than antimetabole because antimetabole needs to repeat the same words, but for this same reason antimetabole can sometimes seem snappier and more clever than chiasmus.

Antimetabole is a Type of Chiasmus

If you look around the Internet, you'll find that there's a lot of disagreement over whether or not antimetabole is a type of chiasmus. The two sides of the argument can be summed up in this way:

First, it's worth it to know that this debate exists. Second, we think it makes sense to go with the majority view and treat antimetabole as a specific type of chiasmus. In that view, all examples of antimetabole are also being examples of chiasmus. For instance, had Iago instead said "Who loves, yet doubts—doubts, yet loves," that change would turn the sentence into an example of both antimetabole and chiasmus because it would repeat both the same words as well as the same grammatical structure and related concepts.

Antimetabole appears regularly in literature, speeches, common expressions, as well as in jokes.

Antimetabole is regularly used in literature, for a variety of different purposes, from exposing a paradox to creating memorable mottos.

In George Orwell's book 1984, the narrator's struggle to come to terms with a paradox is wonderfully captured through the inverse repetition of antimetabole. The paradox is that members of the oppressed working class will continue to go about their lives unquestioningly until they become conscious of their oppression—but it seems that a radical change or revolution would need to take place in order for the oppressed working class to even understand that they are oppressed.

Note how in this example the phrase "they will never" isn't repeated verbatim, but the same meaning is conveyed through "they cannot."

Antimetabole in Zora Neale Hurston's Their Eyes Were Watching God

In Their Eyes Were Watching God, the narrator uses antimetabole to explain how women can construct their own reality by picking and choosing what to remember and what not to.

Antimetabole in John Keats' "Ode on a Grecian Urn"

In this poem, the speaker makes a claim that equates truth and beauty:

When old age shall this generation waste,
Thou shalt remain, in midst of other woe
Than ours, a friend to man, to whom thou say'st
'Beauty is truth, truth beauty,—that is all
Ye know on earth, and all ye need to know'

The way that the use of antimetabole here condenses this idea into a concise, declarative statement gives it a feeling of power and gravitas.

The dashing trio's rallying cry in The Three Musketeers is a famous example of antimetabole. The saying has remained in circulation until today—in part because antimetabole makes it so memorable.

All for one and one for all!

Antimetabole can be a powerfully persuasive tool in oration. Its use of repetition drives concepts home and helps them stick in the memory. It's important to keep in mind that, because antimetabole packs a rhetorical punch, it can permit a speaker to make a claim so powerfully that listeners don't notice that the speaker never offered any evidence or explanation to support their claim. This is, of course, precisely why some orators use antimetabole.

Antimetabole in Malcolm X's 1964 Speech at the Audubon Ballroom

Malcolm X uses antimetabole to concisely argue that American history isn't what it seems. He first makes reference to the predominant narrative of colonialism—that white Europeans discovered America—then reverses the word order to make his own argument: that the arrival of white people to the Americas, along with the intersecting legacies of slavery and colonialism that came with them, wreaked catastrophic damage on entire races of people.

We didn't land at Plymouth Rock. The rock landed on us.

Below, John McCain uses antimetabole to criticize politics' influence on the integrity of lawmakers. In the first clause, he presents how things should be, and then he reversed the word order to say how they are—a common use of antimetabole.

We were elected to change Washington, and we let Washington change us.

Because antimetabole can produce concise and memorable phrases, it can be helpful for developing short phrases that function as a kind of checklist or set of guidelines. For instance, SCUBA divers are taught this pithy phrase to stress the importance of making plans ahead of time and then following through on them:

Plan your dive and dive your plan.

Since comedy is all about the subversion of expectation, it makes sense that antimetabole is common in jokes. The structure of reverse repetition allows a comedian to present a sensible, common phrase, then to twist those same words to produce a surprising effect.

The structure of antimetabole also works well for ironic phrases, sometimes in a racy way, such as these famous quotes:

Why Do Writers Use Antimetabole?

Writers use antimetabole in a wide array of contexts: to produce powerful arguments, to compare two related things or concepts, to present paradoxes, or to generate a comedic effect.

Antimetabole, with its repetition and catchy inversion of words, does wonders to motivate and persuade. It can first present, then challenge, a prominent narrative, the way Malcolm X uses it ("We didn't land at Plymouth Rock. The rock landed on us"). It can also suggest irony at the way things are (compared to expectations). In this quote from cybersecurity expert Dan Greer, he implies that important ideas ought to be appealing, but that the inverse is, ironically, true:

Or, antimetabole can cast a claim as obvious, needing no further defense, as in Hillary Clinton's quote:

The structure of antimetabole makes it a natural tool in conveying paradoxes, arguments that may seem self-contradictory yet have sound logic. Take this quote by legendary college basketball coach John Wooden:

Failing to prepare is preparing to fail.

By not preparing at all, one in fact is preparing—for failure (there's the paradox). Wooden stresses the link between both preparation and success, as well as preparation and failure. But by using antimetabole, he accomplishes this very concisely, using just two key words.

Here are other examples of paradox in antimetabole:

Antimetabole is Good for Laughs

When antimetabole meets wit, it has a comic effect, largely because it's perfect for ironic statements. Below, the sentence claims an ironic relationship between having money and spending it. 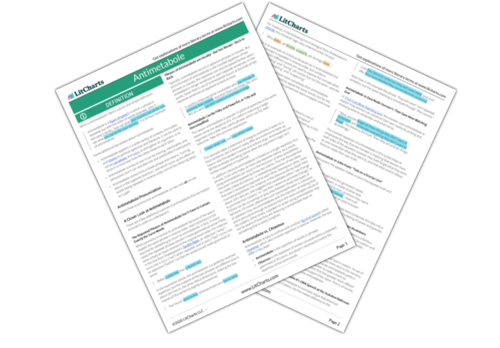